We’ve come a long way since MacPaint and ClarisWorks were included with every Mac, and Apple has no equivalent to the Paint program which comes with Windows. So how do you paint on a Mac? It depends on what exactly you’re looking to do, so this article will explain how from the simplest option to the most complex.

MacOS has always come with a built-in image and PDF viewer called Preview. And more recent versions of Preview actually allow you to make basic changes to images in addition to viewing them, such as rotating, adding text and arrows, and even adding signatures. To access these tools simply open an image in Preview and select the below button in the menubar: 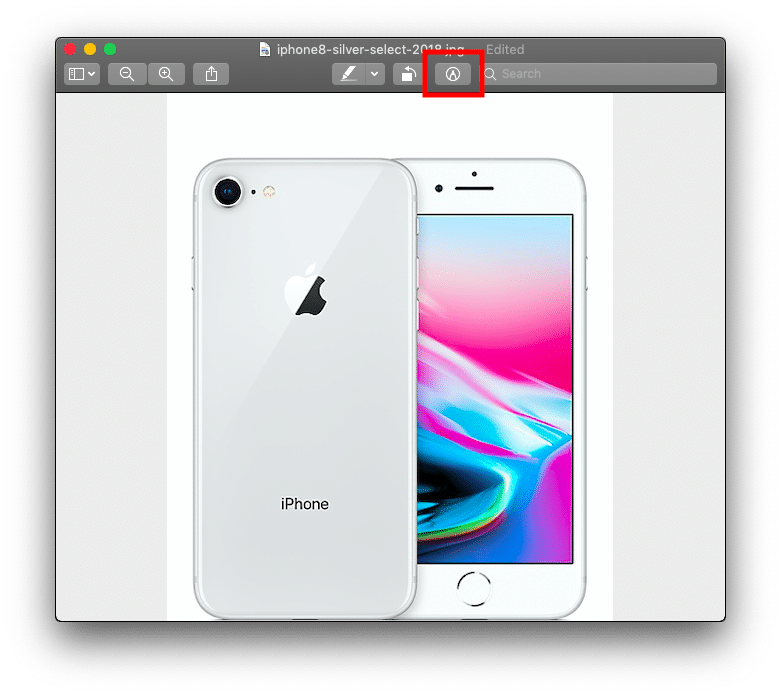 This button will bring up the markup toolbar, allowing you to edit the picture or PDF. For a detailed explanation on how to use these tools check out this article. 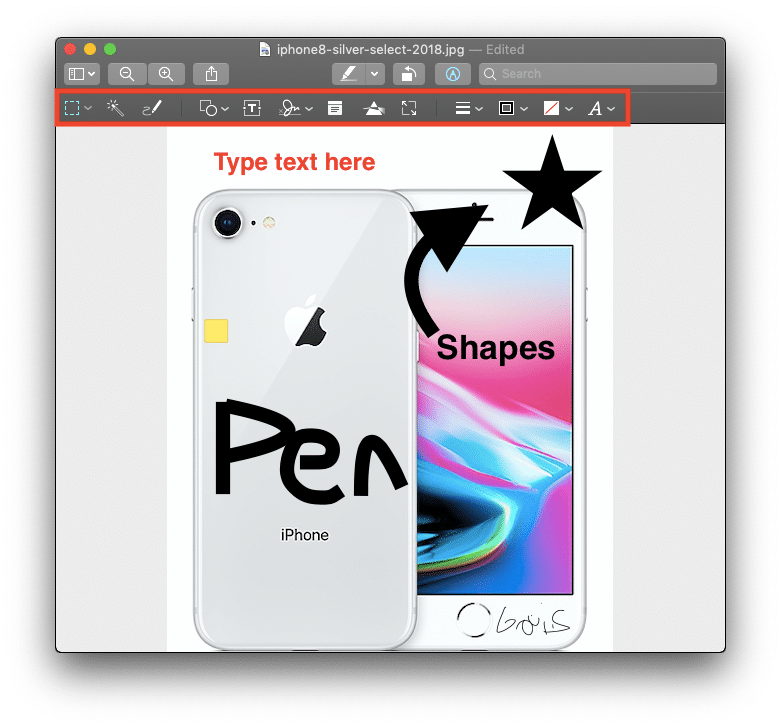 If you want a Paint program that is basically the same as the one which comes with Windows, look no further than Paintbrush. This application predates the Mac App Store and is not listed there, although the developers updated it in 2017 so it’s not been abandoned for years. Paintbrush can be downloaded from Sourceforge here. 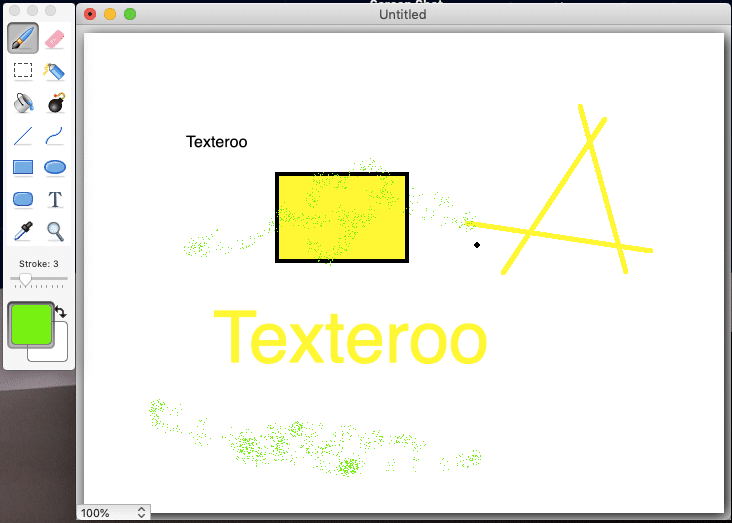 3. Download Sketchbook or another free sketch/paint app from the Mac App Store

If you want a more sophisticated app for sketching/drawing/painting specifically, the Mac App Store offers numerous free apps for this (as well as paid ones). One of the best free drawing apps on the Mac App Store is Sketchbook, pictured below: 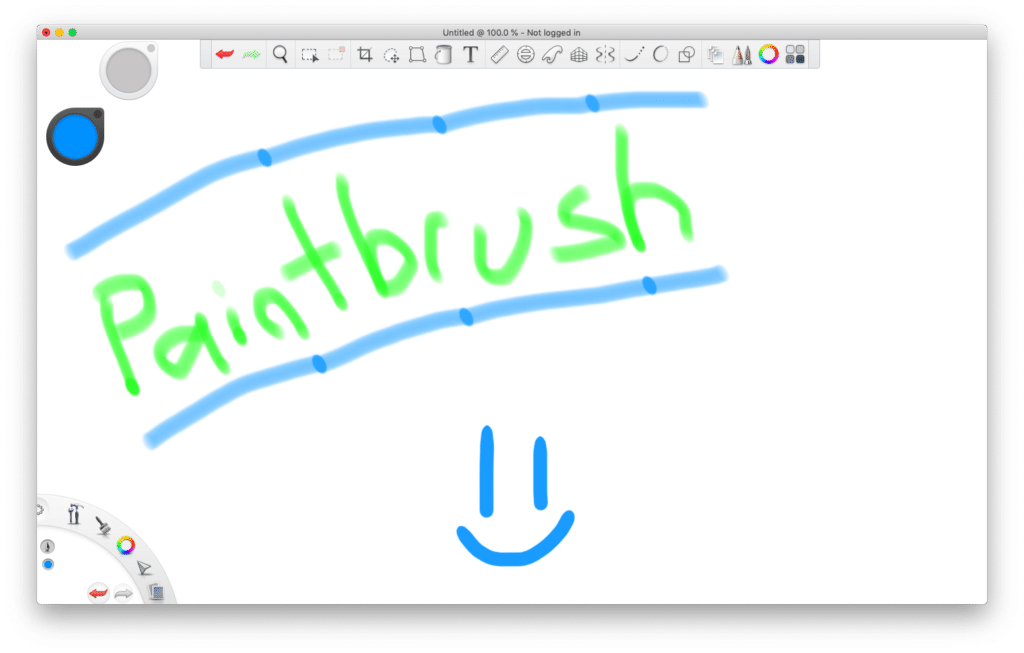 To get something with more Photoshop-like capabilities Pixelmator is a great application, which I personally prefer to Photoshop. Pixelmator is available on the Mac App Store and although it is a paid app, the twenty-something dollars it costs is well worth it to have a great all-round drawing and editing app on your Mac forever. Bear in mind that Adobe now sells its products as monthly subscriptions, so unless you need the really pro features you’d be best to pick up Pixelmator. 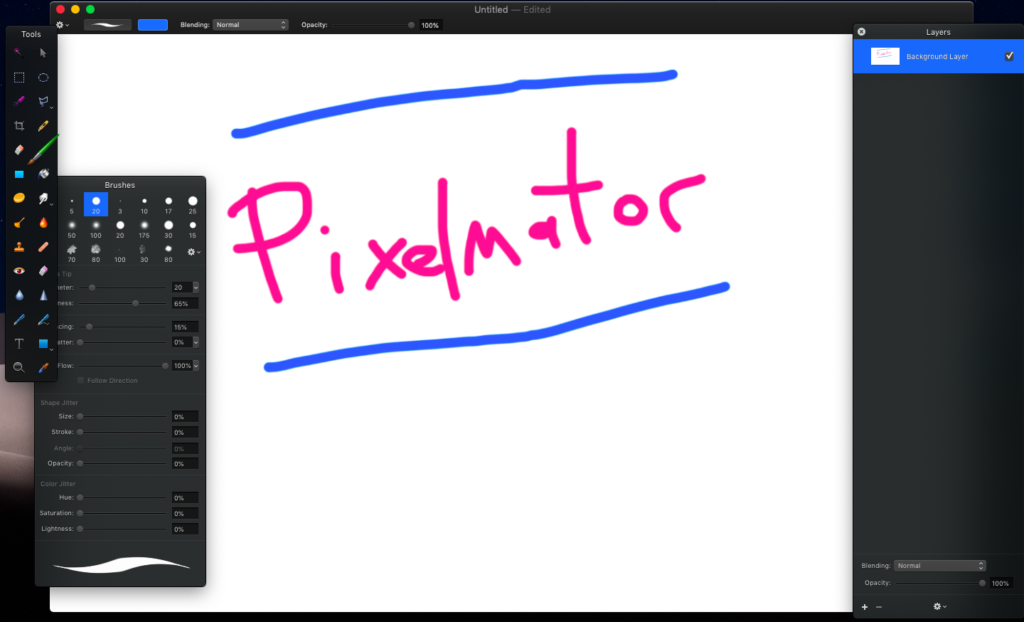 5. Purchase a Photoshop subscription from Adobe

And of course, the industry standard for image editing is available for MacOS. Although it’s far from what you’d want if you just want to paint on your Mac, Photoshop can be purchased as a subscription from Adobe’s website here. 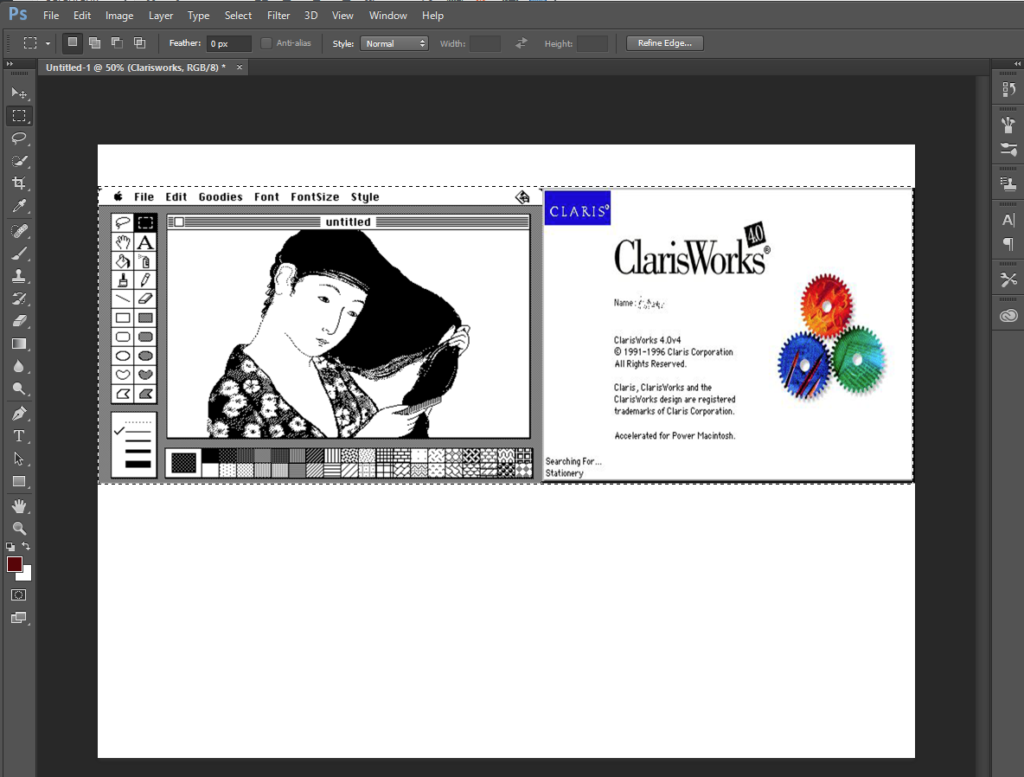 Photoshop is the industry standard for photo editing, with its powerful tools making it the editor of choice for many artists and designers. However Adobe’s suite of creative tools are quite expensive, requiring an ongoing subscription to be able to use them. So what if you need to simply view a .psd file on your […]

After introducing the Butterfly keyboard in 2015, Apple persisted with it for 4 years until mounting customer complaints forced them to abandon it in favour of a more traditional Scissor Switch design. The Butterfly switch is more prone to getting small particles such as crumbs lodged underneath, which due to its very shallow design stops […]

Find out how to get the old Remote Desktop 8 app on your Mac, to save you having to upgrade macOS.

If you’ve recently reinstalled or upgraded macOS you may have encountered an issue where the “trustd” process consumes lots of CPU resources, causing bad battery life and overheating on your Mac. It may be accompanied by the “nsurlsessiond” process, among others. So read on to find out what trustd does and how you can stop […]

Need to get around the requirement to verify a phone number when creating a Microsoft account? Read on to find out how.